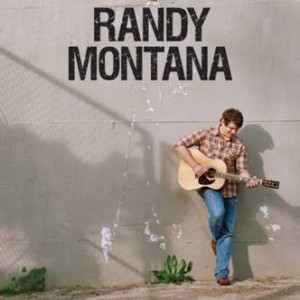 In this eleven song album, of which the bulk was either written or co-written by Montana, they’re mostly the country-standard songs of love lost, leaving, mistakes made and, of course, lessons learned. It’s Montana’s distinctive voice coupled with these lyrics is what makes this Albany, New York native sound like he has lived a thousand lifetimes.

His bluesy, raspy voice is extremely engaging and makes anything he sings worth listening to. One gets the feeling that Montana is in the room, right in front of you and singing to you and only you.

His debut single from the album, “1,000 Faces” carries a very pretty melody and is an enjoyable love song. When listening to my own favorite , “Ain’t Much Left of Loving You”, you can almost picture the last remaining pieces of his broken relationship (a dress with a stain on the sleeve, flowers she planted), you can feel his pain.

In the track, “Last Horse”, Montana tapped famed country/folk singer Emmylou Harris for a very sweet, soft background vocal. “It Ain’t Hit Me Yet” is a very fast tempo song reminiscent of Garth Brooks “Ain’t Going Down till the Sun Comes Up” and includes a very long and extremely well done instrumental bridge.

The purpose of a debut CD, such as this one, is for an artist to introduce himself and his talent. Montana goes beyond that. Any album that you purchase should not only give you listening pleasure but leave you wanting to hear more from the particular artist. Montana delivers.