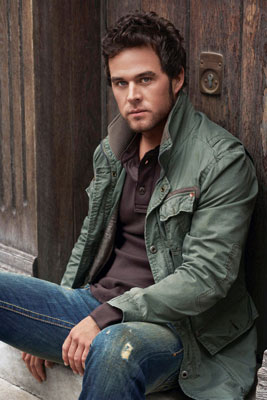 For David Nail, his drive into country music fandom had been nothing but a caution light. Nail’s first formidable release into country radio hit back in May of 2009 with “Redlight”, off the album “I’m About To Come Alive”, which garnered the Missouri native a spot in the top 10 on the country music charts. At that time, it appeared to be what would become a big green light for the artist.

Since then, Nail managed hitch on to some major touring acts like Lady Antebellum and even snagged a cut written by Kenny Chesney, which would eventually end up as a radio release and music video. The single “Turning Home”, did receive a considerable amount of airplay and garnered Nail a nomination for a Best Male Country Vocal Performance by the Recording Academy, only managed to turn up a top 20 back in the middle part of 2010. Which was too bad considering to-date it’s probably the best use for Nail’s vocals as they tend to fall middle-of-the-road between country and pop.

Heading into modern day, Nail currently sits on the airplay charts with “Let It Rain”, the first single off of his upcoming album release. Although, looking back at Nail’s music, this track is a bit recycled when it comes to his typical tempo and sound while it is continuing to build upon his not quite country, not quite adult-contemporary. For an artist that still trying to find that right way to roll, it does provide some familiarity for what you could consider his existing fan base. Some thing that will hopefully be key in the upcoming months as he prepares for a new album release.

“The Sound of a Million Dreams”, which is due to be available for digital download starting November 15, marks Nail’s second commercially released album since his debut released two years ago. A much deserved release that brings considerable anticipation for a first listen.

← Gift of Gracin
Bentley to Roll for Miles & Music →