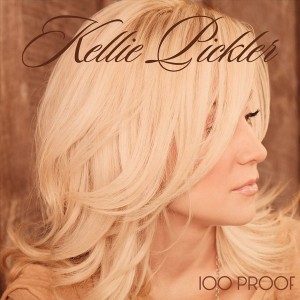 This third album by Kellie Pickler is a departure from her first two. Kellie told CBS News that each track is a reflection of her in some way or other.

Her mother abandoned her when she was two years old. You can feel the lonliness and loss in the song Mother’s Day. Her father was an alcoholic as evidenced in the song The Letter. She looks to Tammy Wynette as a mentor in the song Where’s Tammy Wynette. There are songs about lying, cheating, honky tonk, breaking up, getting back together, dancing, loving-and-leaving and a rare song about female truckers Little House on the Highway.

This album trucks down the interstate miles away from the pop sound her others have had and comes to rest on the front porch of a little farm house as in Rockaway where she confronts her demons and talks straight truth to her parents and partners and listeners. She tells them how Tough she is and in Turn on the Radio and Dance you will be listening over and over as well as dancing.

This CD has a wonderful country feel to it. It is also very real. When you are listening, you don’t feel as if there is a major production back stage going on. You feel like Pickler is sittin’ down a spell and talkin’ to ya and that is how country music should feel.