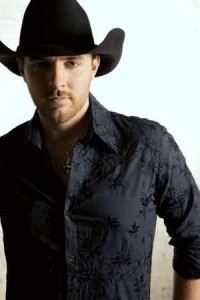 Chris Young will play for a cause at an upcoming show at Joe’s Bar.

The singer, whose “The Man I Want to Be” album helped garner him a 2010 CMA New Artist nomination, will take the stage at Joe’s Oct. 15 for the Chris Young Benefit Concert for Friends of Fisher House.

Five dollars of the $20 ticket cost will be donated to Friends of Fisher House-Illinois, a non-profit organization assisting with support of Illinois’ first and only Fisher House.

Young, who won season four of Nashville Star, hit the country scene hard when his self-titled RCA Records debut made him country’s best-selling new male artist of 2006 and earned him a nod in the Academy of Country Music’s Top New Male Vocalist category early on. Known for hits like “Gettin’ You Home” and “The Man I Want to Be,” Young is sure to impress.

Friends of Fisher House-Illinois is dedicated to financial, volunteer and emotional support for Illinois Fisher Houses built by the Fisher House Foundation mission to support America-s military in their time of need. These “homes away from home” enable family members to be close to a loved one at the most stressful time, during hospitalization for an illness, disease or injury.

Two Sara(h)s will come together for an evening of music and community this weekend. On Saturday, Oct. 9, Sara Evans will take the stage at Dominican University Performing Arts Center in River Forest, for the President’s Signature Concert in the Lund Auditorium. There’s plenty of reality in the songs Evans sings, including celebrations of love… END_OF_DOCUMENT_TOKEN_TO_BE_REPLACED

CONCERT ALERT: Jason and the Haymakers plan to get a little rough and rowdy with friends at Joe’s Bar Friday night – in a good way. The American country band will play a slew of originals as they open for James Otto at 8:30 p.m. The band plays their own brand of rowdy country to… END_OF_DOCUMENT_TOKEN_TO_BE_REPLACED

While Chicago might be better known for its blues music rather than banjo pickin’ harmonies, the Bluegrass scene is alive and well thanks to one north suburban Evanston man.  Now in its 12th year, the Bluegrass Legends Concert Series once again returns to Evanston with a full season line up. The series, founded by Evanston resident Chip Covington, features one show… END_OF_DOCUMENT_TOKEN_TO_BE_REPLACED

When Scott DuBose takes the stage at the first annual Rockin’ on the River Ribfest, concert-goers will be treated to what this local artist calls, “Ranch Rock.” On Saturday, opening for country music star Chris Cagle, DuBose will open the Miller Lite Main Stage starting at 7 p.m. While DuBose firmly believes the best thing… END_OF_DOCUMENT_TOKEN_TO_BE_REPLACED

With more than 20 years in the music business behind her, Suzy Bogguss is looking forward to performing songs both new and old in Evanston. Growing up in Aledo, Ill., approximately 40 miles south of the Quad Cities, her performance in Evanston will allow Bogguss to come home for a reunion of sorts. She said… END_OF_DOCUMENT_TOKEN_TO_BE_REPLACED

CONCERT ALERT: Luke Bryan will bring his USA Weekend Breakthrough Video of the Year-nominated “Do I” to Chicago May 7-8. The 2010 CMT Music Awards nominee will perform at 10 p.m. at Joe’s, 940 W. Weed St. Known for hits like “Rain is a Good Thing” from his recently released sophomore album “Doin’ My Thing”… END_OF_DOCUMENT_TOKEN_TO_BE_REPLACED

Reckless Kelly will return with their country-rock on April 16. The Austin-based roots-rockers known for the integrity of their music, the hard-core energy of their live shows and the loyalty of their fans will kick off their show at 10 p.m. at Joe’s Bar, 940 W. Weed St. The band’s recently released “Somewhere in Time”… END_OF_DOCUMENT_TOKEN_TO_BE_REPLACED